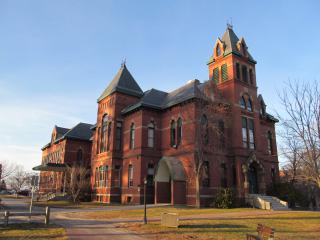 I was recently contacted by Pamela, who’s ancestors migrated from the UK to America and ended up in Gorham, Maine. According to the “History of Gorham”, two Gammon brothers came from England when they were quite young, and Pamela would like to track down where they came from in England and trace her family further back in time.

She has sent me quite a bit of information about these brothers, which I am in the process of analysing. But in the meantime, here is a short summary:

“The brothers came from England when they were quite young.  They lived first in Cape Elizabeth.  Then Joseph lived in Falmouth before he moved to Gorham. On July 7, 1757, Phillip moved from Scarborough to Gorham and purchased a hundred acre lot from David Gorham.  Joseph’s property was next to Phillips.”

I will post more information once I have processed it, but if this information rings a bell, then please post a comment and let us know!